Protruding ears are the most common congenital abnormalities of the ear, affecting approximately 1-3% of the population. It can be uni or bilateral.

The exact cause of the deformity is not clear but may be associated with structural changes in the collagen or other diseases of genetic nature.

The protruding of the ears is due to maldevelopment of anti-helix fold which is the inner fold of the ear. In many cases, it may be absent or insufficient, which would increase the distance between the back of the ears and the skull. These two defects can occur in isolation or present in both ears.

Otoplasty is the surgery leading to the correction of these defaults, that Dr. El Hachem would achieve aiming to form the anti -helix and decrease the distance between the back of the ear and scalp.

The ideal age to have a person operated on is from 6 years old, since the ear will be fully formed at that time. The surgery can also be done at a later stage into the patient’s adult life.

The scar resulting from the surgery is imperceptible because it is located behind the ear, in the groove formed at the junction of the ear with the skull. For women, the scar may still be covered by hair. As it is a very thin skin region, the scar tends to become unapparent.
Postoperative care is very simple in this case. In the early days, in order to avoid any local trauma, the patient can protect the ear with a band, like those used to play tennis or in ballet classes.

Anesthetic type:
It can be local with sedation or general

Length of stay:
The patient can be discharged the same day or the day after surgery depending on his/her condition.

Postoperative:
Dr. El Hachem advises to avoid any type of trauma to the ears, including sleeping on it for 3 weeks. The patient should use an elastic bandage that protects the ear .

Definitive result:
Soon after otoplasty, the ear is will be almost in its final shape, with the presence of edema and ecchymosis (bruising and swelling) which will decrease in a period of 21 days. The scar will take about 6 months to mature. 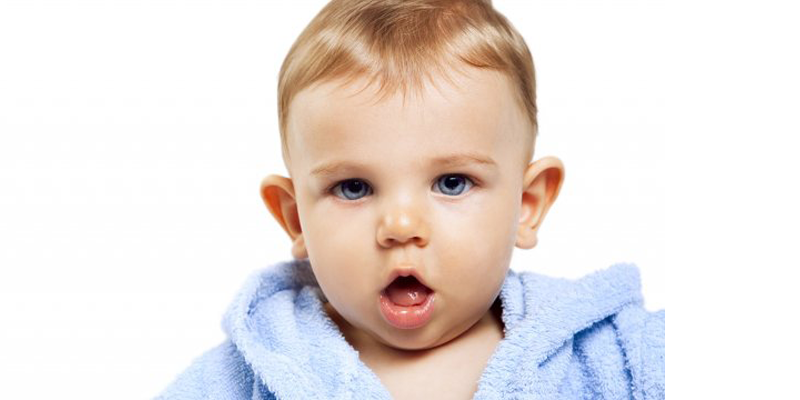 1- Are the Otoplasty scars visible?
The scars of otoplasty are usually the most hidden, because it is located behind the ear, in the groove formed with the skull. Moreover, because the skin region is very thin, the scar tends to be “almost unapparent.”

2- What type of anesthesia is used for Otoplasty?
Children: general anesthesia.
Adults: Local anesthesia with sedation or general.

4- How long does the surgery last?
In worst case scenarios, the otoplasty would last to around 90 minutes (bilateral) or 45 minutes (one-sided).

5- Is there any danger in this operation?
The danger in otoplasty is not higher or lower than that of traveling by car, plane or even crossing a street.

6- What is the ideal age for otoplasty?
The ear has a mature growth at around 6 years of age, when it is possible to do the surgery. The otoplasty performed in the cases of children has the advantage of avoiding any stigmas and undesirable nicknames, common in school age. But many do undertake the surgery in adulthood, with a high degree of satisfaction.

7- It is necessary to cut the hair before the operation?
No. The otoplasty can be performed without any removal of hair. Patients with longer hair who have protruding ears, helps to disguise the swelling phase and initial bruising.

8- Is there any pain in the postoperative Otoplasty?
Generally, no. When there is a complication of pain, we can treat it with painkillers.

9- How does the ear react after Otoplasty?
It is normal to experience moderate edema (swelling) and ecchymosis (bruising) in the ears, which would decrease within 21 days.

10- Will the sensation of the ear be altered after the operation?
In otoplasty, the detachment of the skin to correct the shape of the ear cartilage can damage small nerves that would lead to the insensitiity. This sensitivity change is usually transient and typically returns gradually in few months.

11- Describe the dressing process?
The scar and ear are both protected with small bandages (especially in children).

12- When are the stitches removed? Will there be pain?
At around the 15th day, there will be no pain.

13- When can I return to my usual activities?
After two days of otoplasty it is possible to return back to office work. Dr. El Hachem advises that physical exercises should not be performed for 21 days after the otoplasty. Contact sports increase the risk of trauma to the ear, which means that the patient has to wait for at least two months.

14- Can I sleep on my side after otoplasty?
No. Sleeping on your side should be avoided for 45 days, to avoid compression of the ears. It is advisable to use an elastic band (bandana) during the night which would increase protection.

15- How long does it take to reach the final result of otoplasty?
As soon as you remove the bandage we will have around 80% of the desired result, but there will be swelling and bruising. After 6 months, the scar maturation time, the final result will be reached.

16- Can I have keloid scar otoplasty?
The keloid scar is a thick, high scar that is more common in blacks and Asians. It is determined genetically and is not due to the surgeon. It is possible, through the patient’s healing history and family, to estimate the risk of bad scarring and take steps to avoid it, as there are treatments in case it develops. But fortunately the most common is the great quality of healing, getting the scars almost imperceptible, hidden in the crease behind the ear.

17- It is possible to associate another plastic surgery with otoplasty?
Yes. You can associate other surgeries with otoplasty, such as liposuction, rhinoplasty, breast augmentation, others.

1) Communicate with Dr. El Hachem until the day before surgery in case of flu, infections, etc.

2) Keep fasting for 8 hours prior to surgery.

3) Avoid any medication containing acetylsalicylic acid Aspirin, etc..) or any medication with anticoagulant effect at least 7 days prior to surgery.

4) Wash the hair a day before the surgery.

2) Attend to the clinic for postoperative control in the days indicated.

4) Avoid sleeping on your side, over the ear, for 1 month.

7) Avoid any medication containing acetylsalicylic acid (Aspirin, etc.…) or any medication with anticoagulant effect at least fifteen (15) days after the surgery.